Dear Readers, Our skin is colonized by a variety of bacteria and fungi like a protective shield. These microorganisms are part of the natural skin flora. However, if the skin is injured or our immune system is attacked, bacteria and fungi can become attackers. Because now the microorganisms can penetrate deeper layers of the skin and cause an infection. This is how helpful inhabitants of the skin become pests.

But not only our own bacteria can lead to a skin infection. There are a number of pathogens such as viruses, parasites, bacteria or fungi that are not useful for us, but only cause diseases. Depending on the germ, the skin reacts with redness, rash or blisters, for example. 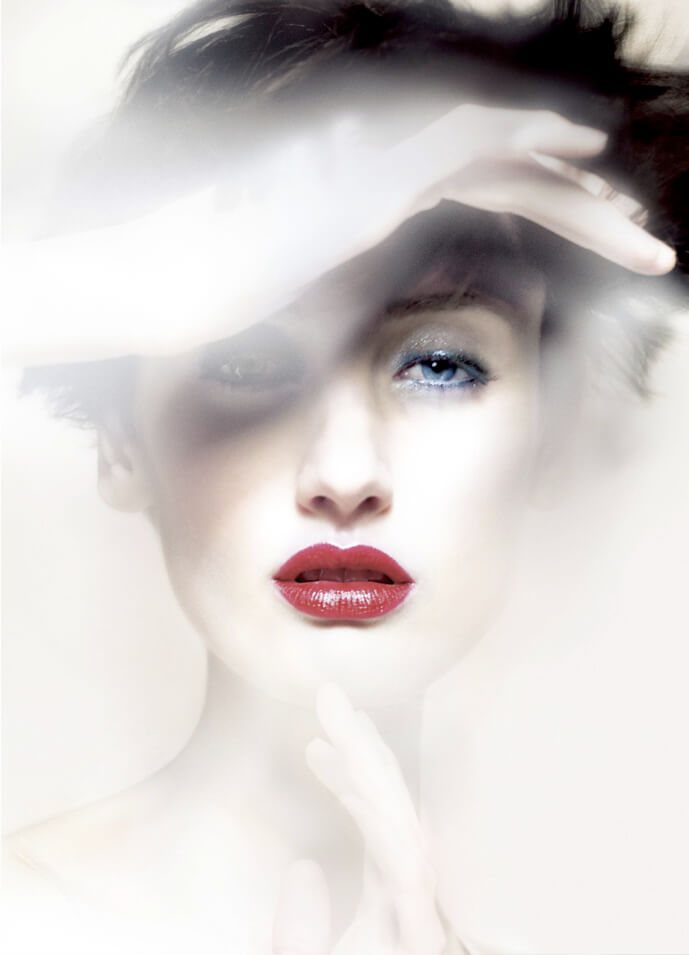 In the vast majority of cases, bacteria or fungi are the triggers for skin infections, rarely viruses or parasites, An exception is a cold sore, which is caused by viruses and is quite common. It typically forms blisters on the lips. The most common fungal disease in humans is an athlete’s foot – a skin infection that can be very annoying but is basically mostly harmless.

Bacteria such as streptococci, for example, can penetrate the small skin injuries caused by athlete’s foot and thus trigger purulent inflammation. Boils, on the other hand, are usually caused by inflamed hair follicles caused by a bacterium called Staphyloccocus aureus. The bacterium also causes classic nail bed inflammation. If the body’s defenses are weakened, representatives of Corynebacteria, for example, can cause a superficial inflammation of the skin. They are part of the natural skin flora.

How are skin infections transmitted?

From person to person – smear infection

The viruses of warts are transmitted by smear infection via the smallest injuries to the skin and mucous membranes.

Athlete’s foot is also transmitted through direct contact with the diseased skin flakes. If the skin flakes detach from the body, infection is also possible via loose scales, for example in the swimming pool, as fungi like a damp environment.

Streptococci are also transmitted by smear infection. The bacteria settle in the nose and throat of sick people and are mainly passed on by children in kindergarten or school. The pathogens stick to the hands and thus reach other parts of the body.

The risk of infection is particularly great with dry, cracked skin or with previous diseases such as neurodermatitis or other chronic skin diseases. A parasite attack or small skin injuries are also risk factors for a skin infection caused by streptococci.

Deep purulent inflammation of a hair follicle, called a furuncle, is also caused by bacteria – staphylococci. Bacteria are also the trigger for abscesses and encapsulated accumulation of pus. They are also transmitted by a smear infection.

Parasites such as ticks, lice, fleas or mites can pave the way for a skin infection. The stings or bites are the entry point for pathogens. Scabies is caused by mites, which lay eggs and feces in the epidermis. These secretions lead to the formation of blisters and wheals on the skin.

Know about: Top 25 Natural Beauty Tips For Any Type of Skin Care

What are the signs of the disease?

Depending on the pathogen, different changes form on the skin. For example, itchy or painful blisters boils, lichen or ulcers develop. In addition to scaling and rashes, redness and swelling are common. The symptoms of illness depend on the size and depth of the inflammation. With the so-called phlegmon, for example, a purulent inflammation spreads deep in the connective tissue, which can lead to the destruction of the surrounding tissue and permanent damage.

In more severe cases, skin infections can be accompanied by a pronounced feeling of illness and high fever. There can even be a life-threatening condition due to the spread of germs into the bloodstream, the so-called blood poisoning (sepsis).

When should one go to the doctor?

A doctor should be seen as soon as several of the classic signs of inflammation appear. These are swelling, redness, overheating, pain and loss of function in the inflamed area. Medical treatment is necessary if there is redness and swelling on the skin that spreads quickly. The same applies to blisters or pus pustules.

Another reason to go to a doctor is a skin change that is associated with symptoms such as fever and chills – or with severe pain and changes in the injection site. A warning signal is also a white or bluish-dark discoloration of the affected area. In this case, blood flow may be impaired, which can lead to tissue death.

As soon as inflammation is accompanied by a clear feeling of illness and fever or chills, hurry is necessary! In this case, it can be life-threatening blood poisoning.

As a rule, skin infections can be treated with anti-inflammatory ointments or envelopes. If bacteria are involved, antibiotics may also be used. Antifungal agents, so-called antifungals, are available for the treatment of fungal diseases.

It is important that the treatment is carried out exactly according to the doctor’s order so that the pathogens, so-called resistances, are not immune to the treatment agent. This can prevent relapses or permanent damage.

What does one have to consider in the event of illness?

In order not to infect others, sick people should pay attention to hygiene. This includes regular and thorough hand washing, especially after treatment or touching the affected skin. It is also helpful to keep the affected skin area dry – for example by wearing air-permeable clothing.

Since small children, pregnant women and people with a weakened immune system, such as cancer patients, chemotherapy patients and the elderly, are generally very susceptible to infectious diseases, contact with them should be avoided as long as possible as long as the disease persists.

Small skin injuries are best covered with a plaster or wound dressing. This protects twice: First, the wound is protected from infection. On the other hand, it prevents someone else from getting infected through direct skin contact. This is especially important if the injury is purulently inflamed. The hands must, therefore, be washed thoroughly with soap and water before and after each dressing change. Towels and washcloths should be used strictly separately and washed hot.

Skin infections can be extremely itchy. Nevertheless: Do not scratch! In the case of skin infections – especially children – pay attention to short, clean fingernails. In the same way, festering boils or abscesses should not be expressed, since the expression and blurring of pus promote the spread of the skin disease to other parts of the body or even into the bloodstream and to other people.

How can one protect themselves?

Depending on the transmission path, you can protect yourself in different ways. In order to prevent inflammation, small injuries should always be cleaned under running water and disinfected if necessary. Since most skin diseases are spread by smear infection, it is important to avoid touching diseased skin and to pay attention to hygiene. For example, those who wear slippers in the swimming pool prevent athlete’s foot. This prevents contact with infected skin flakes or contaminated areas.

In general, obesity, an unhealthy diet, heavy nicotine or alcohol consumption or chronic diseases such as diabetes increase the risk of a skin infection. By weakening the immune system, pathogens have an easier time.

A lack of personal hygiene can also become a risk factor, as can excessive washing, which reduces the protective layer of acid on the skin. Because the body’s own bacterial barrier acts as a protective coat to ward off infections. Good skincare with well-tolerated skin creams or lotions is also important because cracked and dry skin provides a good entry point for pathogens.

Take the doctor’s advice for further action and information.

Leave your feedback on the topic. 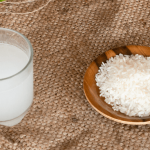 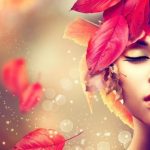 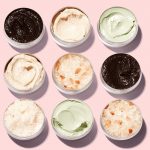 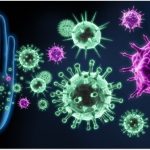 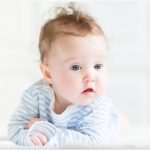 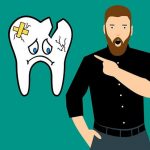 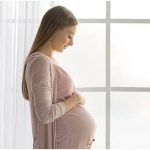 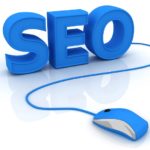 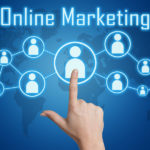 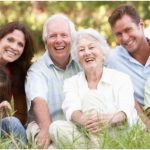 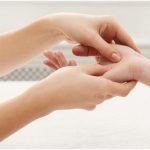 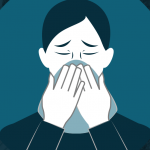 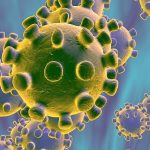 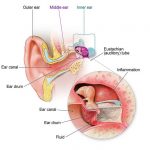 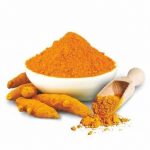 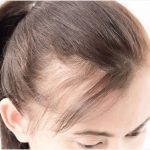 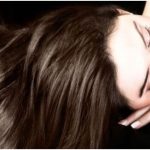 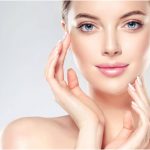 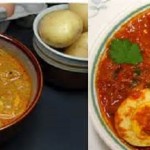 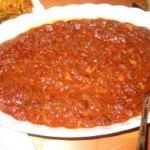